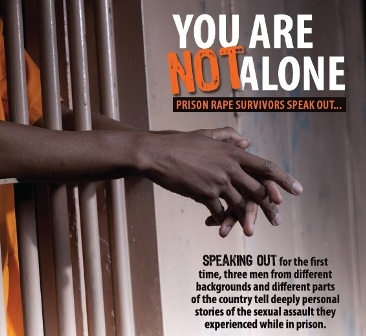 In a country battling with some of the highest crime rates in the world, it’s easy to jump to judgment and dismiss inmates in the orange and black Department of Correctional Services uniforms – to see the crime, and not the person. Yet, behind the nation’s high prison walls, astonishing incidents of human rights violations are taking place, almost completely hidden from any kind of intervention.

Fear of reprisals, shame, not knowing who to trust – makes speaking out about rape in men’s prisons seem like an impossible option. Recently a few brave men came forward to tell their stories. Sonke Gender Justice and Just Detention International brought together three men to create digital stories about how rape in prison changed the very essence of who they are. Facilitated and produced by Community Media for Development (CMFD) Productions, with the counselling support of NICRO, The stories promote the awareness and dialogue around the very sensitive issues of gender based violence, HIV, and prisons/ ex-offenders.  The digital stories combine recorded voices with images taken during the workshop, to create audiovisual digital stories on DVD.

Three men, from different backgrounds and different parts of the country, tell three very similar stories. While prison violence is considered a fact, the actual extent is not really known. 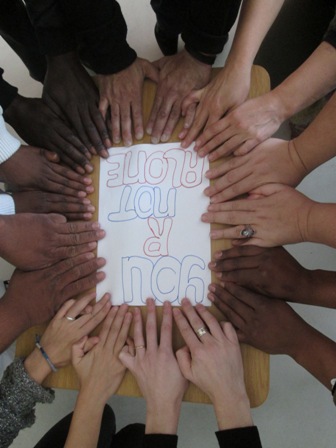 I have a purpose in life: - A soft-spoken man with a slight build, Vincent* was an awaiting trial prisoner for almost three years. In his story, he tells of entering prison with no sexual experience, and leaving with both a painful memory of his first sexual encounter and HIV.

My story: 21 Years Old - Entering prison at the age of 21, Thabo* tells a harrowing account of almost a decade of abuse. He recounts his gang rape by 5 men on his first night in prison. As midnight broke, it happened again by another two men. For ten years he faced almost daily assault by a succession of prisoners.

I am a Survivor: Francois’s Story - Sentenced to less than two years, on arrival Francois was placed with lifelong, hardened prisoners. On his first night, his rapist told him, “I can cut you, it doesn’t matter to me, because I’m never getting out of here.” Four days later, it happened again, on Valentine’s Day, a holiday he now regards with revulsion, and sadness.